The small Balkan country of Bulgaria, is one of Eastern Europe’s diamonds in the rough. It is home to iconic mountain ranges: The Balkan, Rila, Pirin, and Rhodope mountains which make a perfect backdrop for Bulgaria’s traditional towns. These towns are rich in cultural heritage, and the mountain ranges are a naturalist, and hiker’s paradise. While along the Black Sea Coast pristine sandy beaches flank the country, and cosmopolitan seaside resorts entertain foreign and domestic tourists.

However, history is woven into the fiber of Bulgaria. It has been occupied for millenniums, and the countless ruins, ancient churches, and imposing fortresses that remain throughout the country, are a constant reminder of Bulgaria’s unique narrative. From the ancient Romans, to the Ottoman Empire, to the democratic state it is today. Here’s a look at the best places to visit in Bulgaria:

Burgas is a beautiful seaside town flanked by the sea and several lakes. Unlike its neighboring seaside towns, Burgas did not start to really actively develop until the 20th century. It was then that it was discovered that the bay was a great protector for trade industries and the navy. As such, there is a large industrial center in the heart of the city.

However, the main promenade along the coast is very well kept, and the beaches remain quiet. There are number of reasonably good restaurants, and accommodation in this same area, and days away from the sea can be spent exploring the lakes.

This peaceful town of colorful houses, traditional Bulgarian architecture, and folk festivals is steeped in rich history and was once the heart of the fierce April uprisings against the Ottoman Empire. The origin of the town is ultimately unknown, however there are many legends surrounding it. It can be confirmed that it was destroyed by fire many times, before it became the romantic hideaway it is today. The town’s rich history has not been forgotten, as there are over 350 historic, architectural, ethnographic, and artistic monuments dotted throughout it.

The most memorable attractions in Koprivshtitsa are Oslekov House, the former home of a wealthy merchant built in 1856, and Topalova House, built and lived in by a prominent tax collector in 1854. Both showcase items unique to the time period of the homes, and demonstrate what life would have looked like in the 1900’s. Otherwise, the picturesque town is tucked between mountains ranges of lush green.

The charming seaside town of Sozopol is Bulgaria’s oldest town. It was established in 610 BC by the Greeks, where it became a center for the arts and a place of salvation. Today, there is still archeological evidence of their time spent in Sozopol.

However, over the years other empires and rulers came to occupy the land. As such there are remains of a medieval Christian complex, and ancient walls, and fortresses lining the peninsula. These days most people visit the area for the gorgeous seaside resorts that dominate the coastline, fabulous beaches, and romantic cobblestoned streets. The town regularly hosts cultural events, and has great dining and nightlife options. For those that prefer something more exciting than sunbathing, a variety of sports are on-offer at the beaches during the day. These include surfing, jet-skiing, sailing, wakeboarding, and volleyball.

This small city in central Bulgaria is most well-known as the home of Tsarevets Fortress. Since, it was once the home to the Tsars, the city is sometimes dubbed the “City of Tsars”. The Fort is enclosed by 1000 meters (3000 feet) of stone walls. Many areas of the wall offer 360-degree views of the surrounding picturesque hills, and the charming city below.

The old part of the city was built on hills so it offers rolling cobblestone streets, traditional homes, and ancient churches. Close-by is the famous Monastery of the Holy Transfiguration of God, which features beautiful architecture, and breathtaking works of art from antiquity. Centuries ago the city boasted over 30 monasteries but this one remains the best remaining example. Meanwhile, the new part of the city has become an integral economic, and administrative center for Northern Bulgaria. It has modern dining, and accommodation options.

The town of Bansko is renowned as Bulgaria’s number one skiing mecca. The town of Bankso, in Southern Bulgaria, is nestled at the foot of the Pirin Mountains whose peak reaches 2914 meters. It is conveniently located only 160kms from the capital of Sofia.

Bansko Ski Resort is also credited with having the longest ski season in Bulgaria. It regularly competes with resorts in France, and Switzerland for its high-quality skiing, at lower than Alps prices. The resort, and town itself has countless après-ski restaurants, and nightlife options, and there are world-class spas to indulge in when visitors are not hitting the slopes. Each year the town holds the annual Bansko Jazz Festival, which draws international attendees and famous Bulgarian performers.

Varna is Bulgaria’s third largest city, and its most sophisticated seaside city. Like Bulgaria’s other coastal towns, Varna is also steeped in history. The Varna Archaeological Museum has impressive gold exhibits featuring the world’s oldest gold, which was sourced from the area. Otherwise, the Roman Baths are an impressive attraction, which are the largest in Bulgaria. Other striking landmarks, dotted around the city give life to Varnas long history. These include the Baroque Opera House and the Cathedral of the Assumption of the Virgin. There are three main beaches which are frequented in the area. These offer all the joys of beach living, such as seaside restaurants and bars, adventure sports, and loungers.

Shopping, accommodation, and spa treatments are world class in the area, and English is widely spoken outside of the local language. 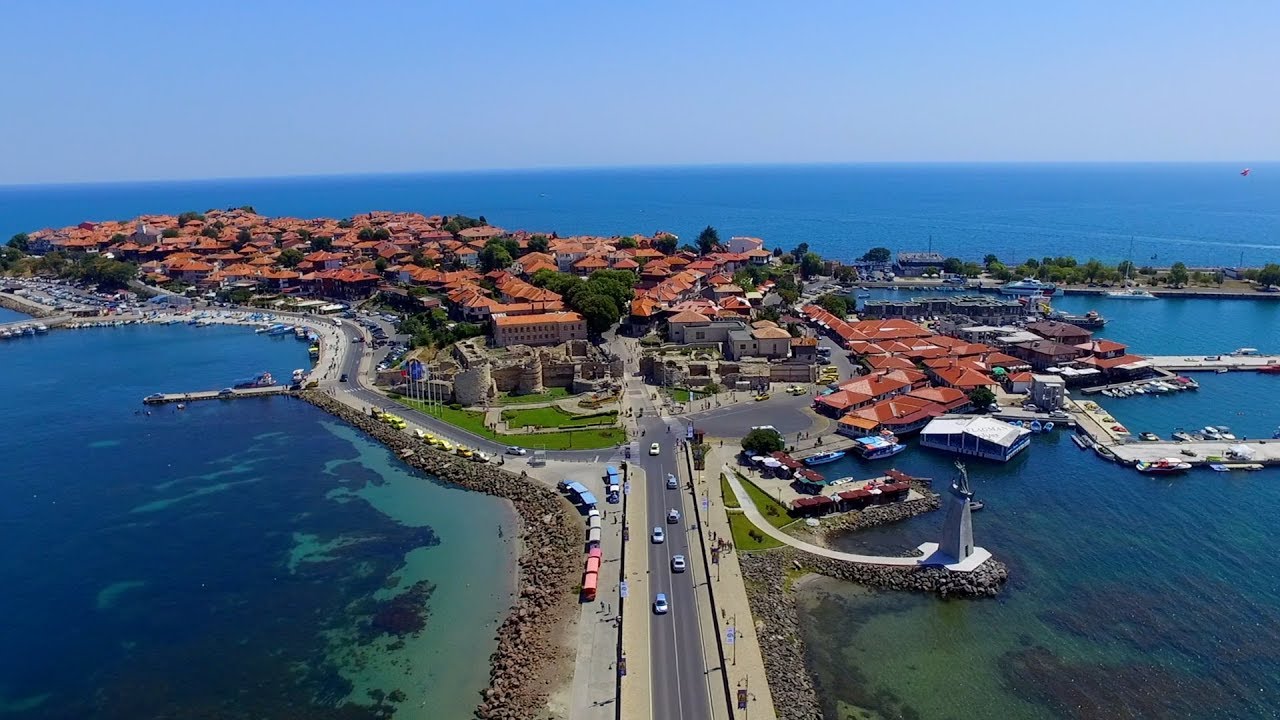 Nesebar is known for its beautiful ruins, and superb beaches. The ancient part of the town is situated on a island connected to the mainland by a narrow man-made causeway, and it bears evidence of occupation by a variety of different civilizations over the course of its existence.

The many churches that remain are mostly in ruins, but still a joy to explore. The most famous churches within the city include St.Stefan Church which dates back to the 11th century and The Church of Christ Pantocrator, which was created in the 13th century. The last being a great example of medieval architecture, as it is very well preserved.

History aside, visitors frequent the area for its beaches along the Black Sea Coast. It is often called, “The Pearl of the Black Sea”. As such, it is a popular seaside resort destination. It’s most impressive beach is Sunny Beach, but can get quite crowded in the high season.

Tucked in the Rila Mountains, Rila Monastery is simply stunning. It was initially founded in the 10th century by St. John of Rila, a hermit. Hundreds of pilgrims, and tourists come to the visit the site every year, and for centuries it has been a site of extreme spiritual significance.

The monastery even holds a few secrets of its own. It is said that revolutionary leaders took refuge here at times including the infamous Vassil Levski, and Peyo Yavorov. It has played an important role in preserving Bulgarian literary culture since the onsite library holds approximately 250 manuscripts from the 11th century onwards to the 19th century. Aesthetically, the monastery is arresting. The architecture is dominated by black and white arches, wooden staircases, and huge iron gates. Multi-colored tiles color the floor, and irreplaceable paintings decorate the walls.

Here visitors can find the oldest continuously occupied city in Europe. Not surprisingly then, the city has countless historical landmarks to boast including a Roman Amphitheater which regularly runs programs, the Ruins of Eumolpias, and several churches.

However, Plovdiv has recently put itself on the map for its emerging food and wine scene. Traditional wineries are popping up all over the city and the surrounding area. Bulgarians are very proud of their wine making capabilities.

The city itself was built on seven hills, and the surrounding area is draped in the Balkan Mountains and the Rhodope mountain range, which have become a favorite place for visitors and locals alike to hike and explore. 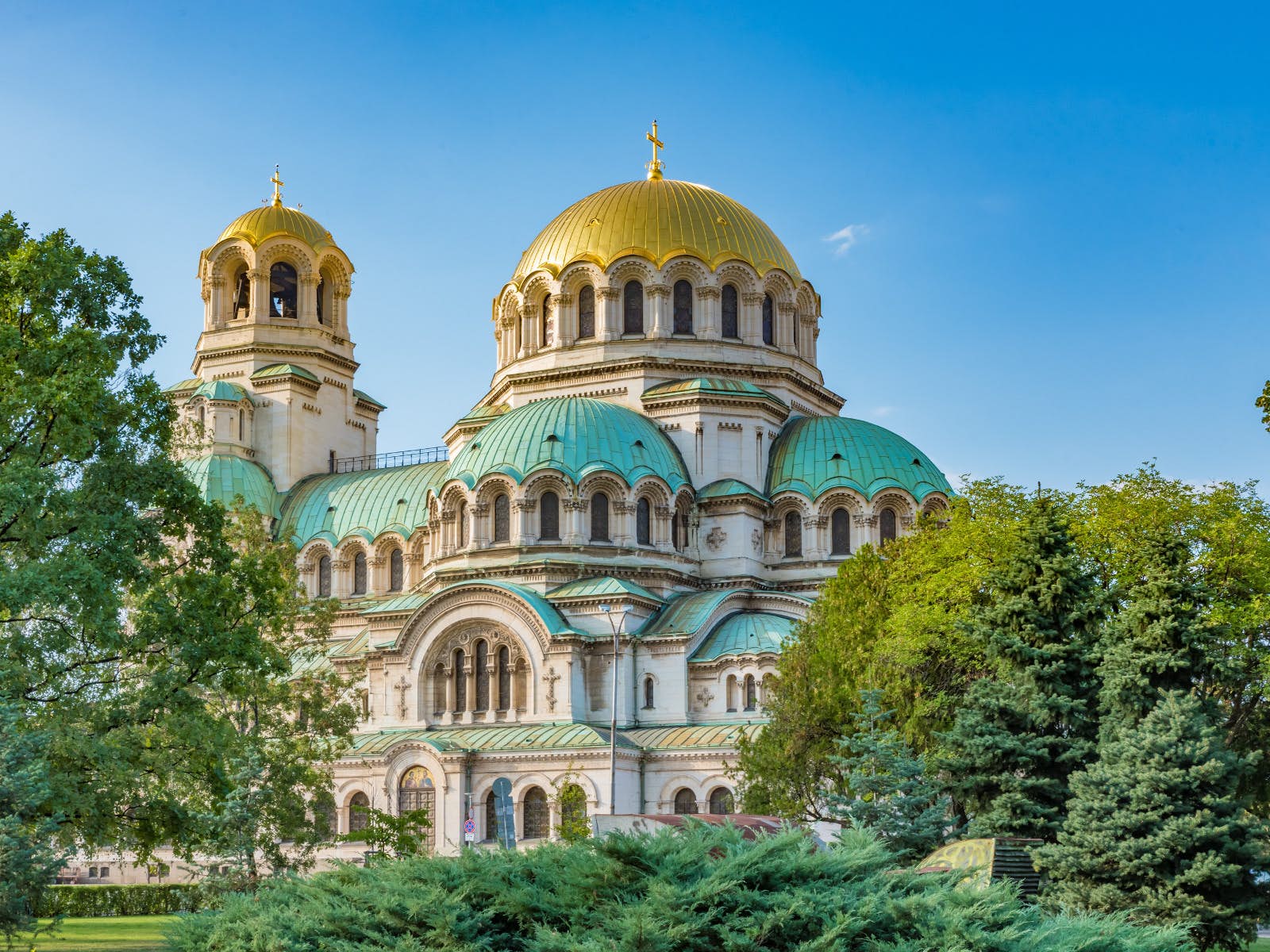 Sofia is outstanding. It has a rich history, but remains young at heart. The capital pleasantly intermixes the new with the old. The city center is jam-packed with ruins, and historical landmarks that remind visitors and citizens of the countries long history. But also has emerged as a mecca for contemporary art, and innovative hospitality options.

You should ensure a visit to one of the city’s many galleries or museums during your stay, otherwise, there are countless well-maintained parks within the city, and pristine hiking areas just outside of it. This includes Mt.Vitosh, which at 2000 meters above sea level offers incredible views of the surrounding lakes, and greenery. If your visiting Bulgaria, you must-see Sofia.

Nature doesn’t judge you’: How young people in cities feel about the natural world

Difficult to build a family after exposure to chemical weapons